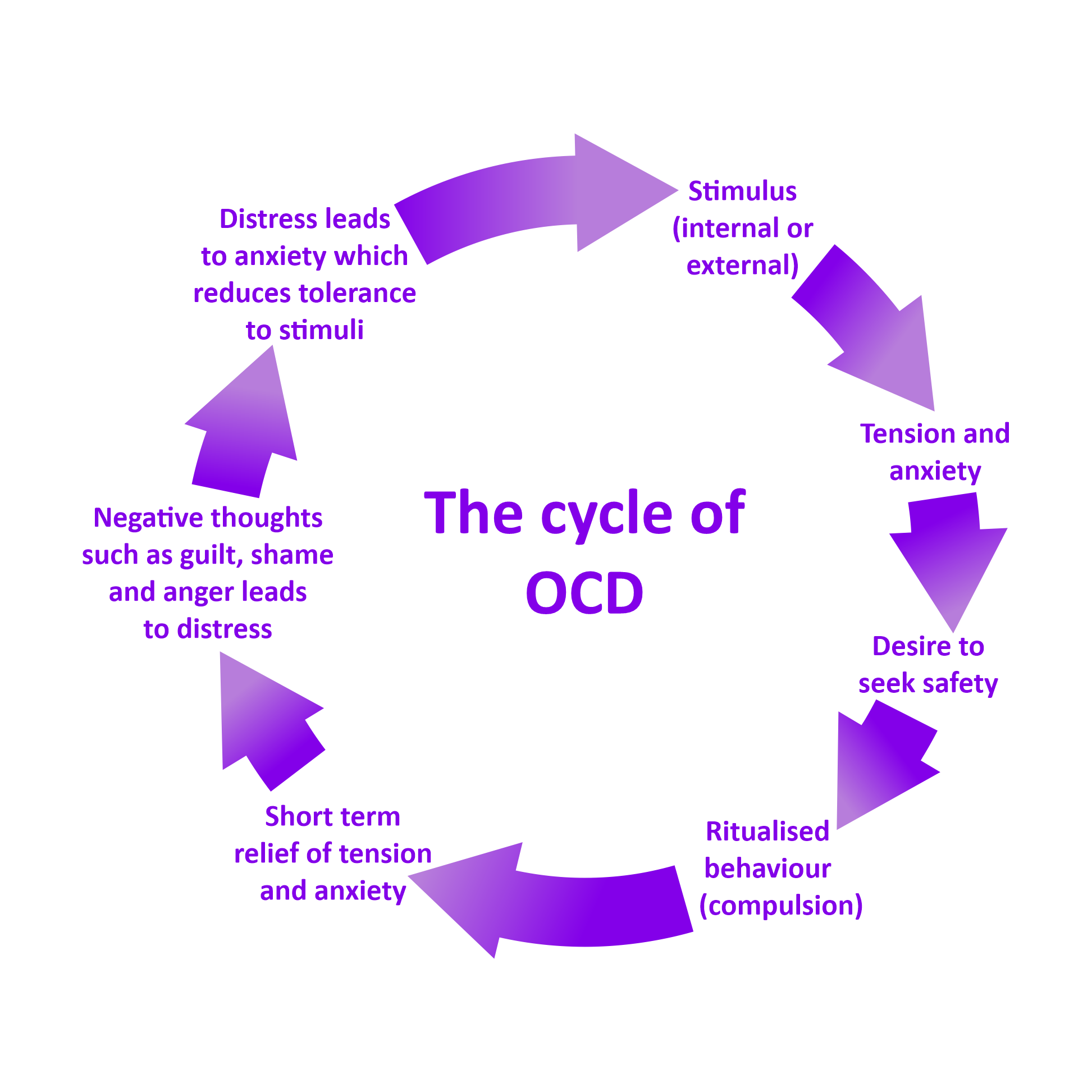 Obsessive-compulsive disorder (OCD) is about obsessions and compulsions.

Obsessions are unwanted thoughts, urges or images that repeatedly appear in the mind. They can create unsettled feelings, doubts and anxiety.

Compulsions are repetitive activities or rituals that are done in an attempt to reduce anxiety.

Some common examples are, repeatedly checking that doors are locked, washing, tapping, or repeating a specific phrase in one’s head. Stress can make OCD worse and it can have a serious impact on day-to-day life. Sufferers are usually well aware that their OCD is irrational and this can make them feel ashamed and lonely. Their compulsions can disrupt their activities and relationships leaving them exhausted and even more anxious. OCD is often driven by the fear of consequences however unlikely. Situations can be interpreted as posing a risk leading to a need to carry out a safety seeking behaviour. Even if the perceived risk does not materialise (which is usually the case) this can be seen as validation of the safety seeking behaviour, creating a vicious cycle. Any new doubts that creep in can make the cycle worse.

It’s a self repeating cycle

As shown in the diagram, anxiety can lead to obsessions which lead to compulsions which offer short term relief, often followed by shame and confusion, which generates anxiety, and so the cycle continues.

The despair and anguish caused by OCD can be debilitating. Many sufferers are plagued with unwanted thoughts. It’s important to know that the occasional intrusive thought, even an horrific and disturbing one, is normal for everyone, even people who don’t have OCD. So it is not the thoughts themselves that are the problem, it’s the way we respond to them.

One of my teachers describes their mind as being like a busy railway station with trains (thoughts) coming in all the time. However, we can say “That’s not my train” and let the unwelcome thoughts go.

Wherever we can break into the cycle can disrupt the process. Identifying any underlying causes of anxiety can also help.

Some common obsessions include: